What Business Leaders Should Know About Swift 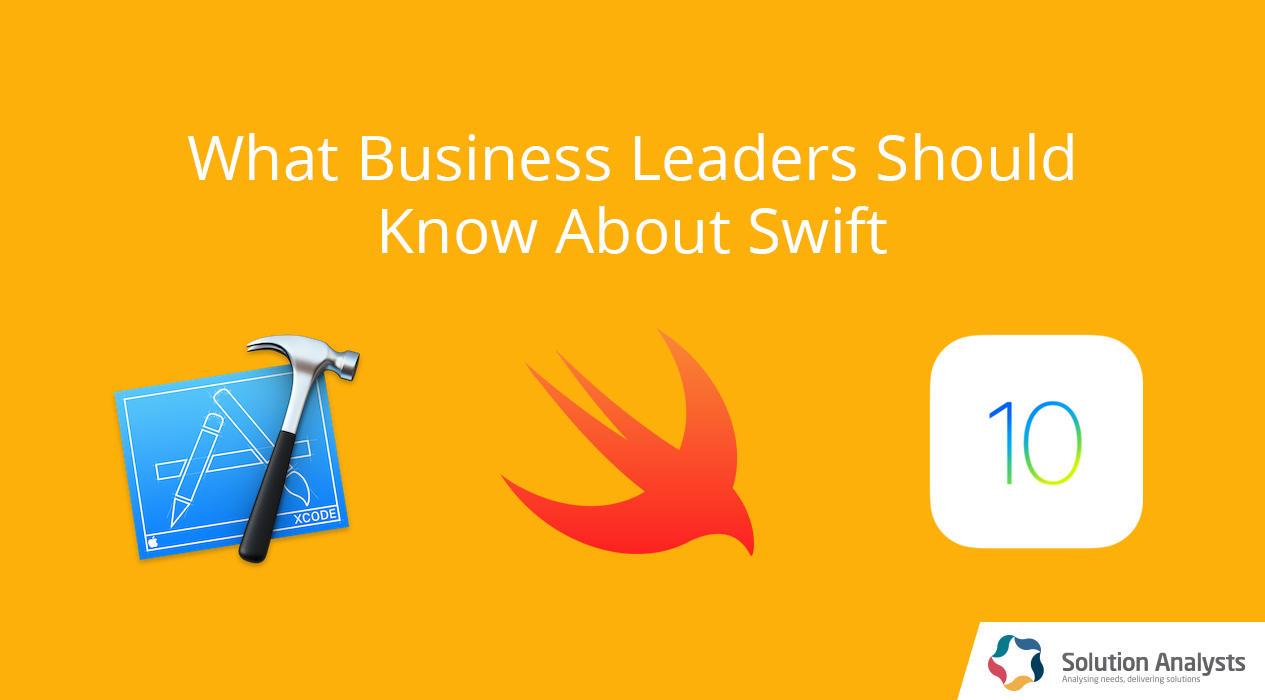 Swift was launched by Apple in 2014 with the idea of transforming the face of the operating system that is renowned for its powerful architecture and closed development circuit. Swift has been gradually migrating towards the open source standard, attracting mobile app development talent from around the world.

Businessmen should learn about this new programming language and its many benefits as it will form the foundation for powerful enterprise applications. It may be worthwhile to hire Swift programmers and train in-house technical team in the language to leverage the many benefits of the Swift-enabled development for mobile and web platform.

One of the hottest new things to look out for at the WWDC, 2016 was the new changes brought in Apple’ Swift programming language. Since its introduction to the developer’s circuit in 2014, the programming language has changed the map of mobile application development for iOS.

The most prominent change it has brought about may be counted for having open source codes that has driven adoption. Business leader may have a remote interest in Swift, but to know the momentous impact it can have to your business, you have to discuss it with your management. Here’s a glimpse of all that’s passing.

Advances of a Modern Programming Language

Apple aptly titled the WWDC presentation as “What’s new in Swift”, and discussed the process of how they are replacing Objective-C and legacy C with Swift since over an year. The company has completely redesigned Dock in macOS Sierra with Swift code, with the new version coming out with El Captain.

Here, the navigations, major part of operating system, launch pad management and part of the notifications system have had an overhaul among other things. In this process, Apple recreated Dock and added new features with 15% less code using Swift.

The new programming language is laying the foundation for certain breakthrough innovations such as Universal Clipboard that allows users to copy and paste items from iOS to macOS. This may be viewed as Apple’s answer to Microsoft’s Universal apps via Windows 10.

What we Heard in Apple’s WWDC

Apple has mentioned that its goal behind creating Swift’s version 3.0 is to create an open community, enable portability to new platforms and get fundamental rights. While the first two versions focused on developing the language, the 3.0 version community is spending time to make standard tools and creating language stability.

Another interesting development was the launch of the Swift Playground, an interactive game that has been designed especially for youth and amateur app developers. This educational game can be used in schools to teach programming and at home as well to self-learn.

Swift is gradually popularising itself as a server-side language that will greatly simplify enterprise development by acting as server-side and client-side language. This will ensure uniform experience, enhance transaction capability and improve security through a single stream between front-end and back-end.

Swift is easy to use, learn and liked by developers in general. It is a progamming language that is worth investing in to train the IT staff, so enterprises need not wait for a right time or to find the right outsourcing company to build their mobile application and maintain it.

Support from large IT vendors such as IBM is aiding Swift’s adoption with the open source community as the language for back-end services. Further, it is easy to work with on cloud-based apps, which is the burning need of the hour.

A smaller codebase is easy to maintain and comes with fewer complications. Open source development programs are largely preferred by businesses because they are cost-effective, time-efficient and give immense scope for innovation.

“Swift” as the Name Goes

The programming Language can be used in object-oriented style, procedural style, for functional programming or by mixing any paradigms as the developer deems fit. The syntax is familiar and can be easily read by any Java or C# developer.

Furthermore, it is less error prone, easier to test and faster to develop in as a language. In an age where speed and innovation go hand-in-hand to ensure smart work, leveraging the open source community helps in a big way to scale innovation while managing costs.

In an age where technology is reigning as support for every business activity, it is imperative for business leaders to have more than rudimentary awareness of technologies and technological breakthroughs. It will help them in assessing if they are receiving the best ROI from their current technological investment and scope for growth by investing in new and emerging technologies.

Solution Analysts work with startups, enterprises and government organisations for creating advanced iOS applications that have impacted the business processes positively. Since two years, we have been leveraging the agile capabilities of Swift programming language to deliver highly functional mobile applications that seamlessly integrate desktop and mobile platforms.