What The New iOS 14 Brings for App Developers?

New features and performance enhancements- the legacy of Apple continues with the launch of iOS 14 at WWDC this June. Introduction of App Clips and Widgets, as well as improvements in SwiftUI and ARKit are some of the big announcements of the iPhone giant for developers. Simply put, the latest iOS 14 has paved the way for the next-gen iPhones while indicating big changes in the iOS app development process. Needless to say that Apple fanboys are eagerly waiting for the fall to get a glimpse of new iPhones powered by a robust iOS 14 and developers like you want to come up with a next-gen app with inbuilt features of iOS 14.

Let’s go through what iOS 14 has brought for developers from the perspective of an iOS app development company.

iOS 14 is Here- A Game-Changer for iPhone App Development

Interestingly, Apple has broken the tradition of keeping the closed environment when it comes to features with the launch of iOS 14. We can see a few concepts like App Clips and Change in Default Apps are borrowed from its age-old rival Android. This approach can open the doors of new opportunities for iPhone app developers and give a pleasantly exciting experience to iPhone users.

This lightweight version of the app enables developers to offer some of its functionality to prospective users. The app clip is easily discoverable and quick to launch. The concept of App Clips is similar to the concept of Instant Apps from Android. Users can readily find them through Safari, Messages, and even through QR codes or NFC (Near-field Communication) tags. iPhone app developers can use this feature to promote their app and persuade users to download the full app from the Apple App Store.

Also Read- The Biggest Announcements Made by Apple at WWDC 2020

This is the biggest and much-awaited announcement from Apple. It is indeed the game-changer for the iPhone app development process. Widgets facilitate developers to come up with a small yet crisp representation of their app’s content apart from the traditional app icon. This feature is aimed at giving an opportunity to app developers to place their app on the front and center of the user’s device. In brief, the inclusion of Widgets feature enables developers to give a much more effective yet lightweight view of an app’s content in a customizable way.

Apple has made it clear that Widgets should remain as lightweight as possible, which means that the software giant does not treat Widgets as mini apps but as a tool to focus on your app’s content. Even if the widget is not designed to be interactive, it must have a deep link into your app when tapped. The WidgetKit framework can give important information about supporting widgets in the apps.

New inbuilt views, a text editor, enhanced support for new view layouts, and other improvements indicate that SwiftUI is here to stay. Developers can now use it for defining the structure and behavior of the entire app. Be it adding menu commands or handling life-cycle events, SwiftUI enables app developers to accomplish every task seamlessly. Developers can readily invoke system actions and manage storage across all apps. All you need to integrate WidgetKit into the app to create widgets for offering quick access to important content.

At Solutions Analysts, We have a team of expert dedicated developers who have a knack for creating revolutionary apps using SwiftUI.

ARKit is improved a bit as well with the inclusion of Location Anchors. Apple has also given a new Depth API to facilitate users to access more precise distance and improved depth information captured by the LiDAR Scanner. ARKit framework documentation discusses more on these features.

Talking about the ML (Machine Learning) technology, developers can make more flexible and secure machine learning-based apps by integrating the updates of iOS 14. Core ML has model deployment along with a dashboard. Developers can easily make updates without updating the entire app or even host their models themselves. Also, The Create ML app has a new Style Transfer template to augment photos and videos in real-time. Developers can utilize this functionality to facilitate their app users to stylize their photos and videos instantly.

What’s more, Apple has introduced a new API in the Natural Language framework. This API provides sentence embedding to create a vector representation of any string.

The advent of dynamic Widgets, improved ARKit, and powerful SwiftUI can help iOS developers to come up with innovative and futuristic iPhone apps. The Cupertino Company has kept developers and users alike while bringing an advanced iOS 14. It is interesting to see how developers will respond to this version, which is expected to come anywhere in September.

At Solution Analysts, we strive for developing user-friendly apps for Android and iOS platforms. We have in-house teams of expert developers, who have extensive experience in developing high-end apps across different industry verticals. If you are looking to update your current app to iOS 14 or looking to develop a new one then– Connect with us! 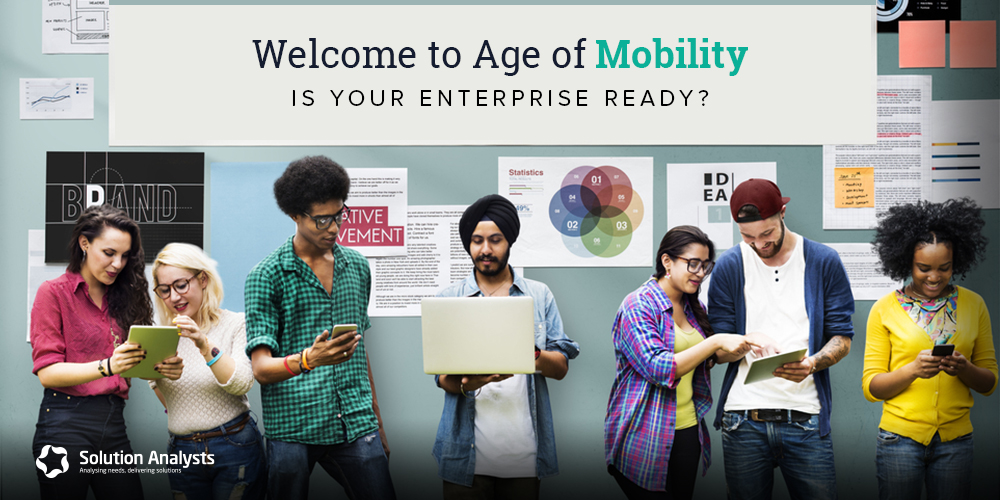 How Mobile App Development Makes the Most of Mobility...