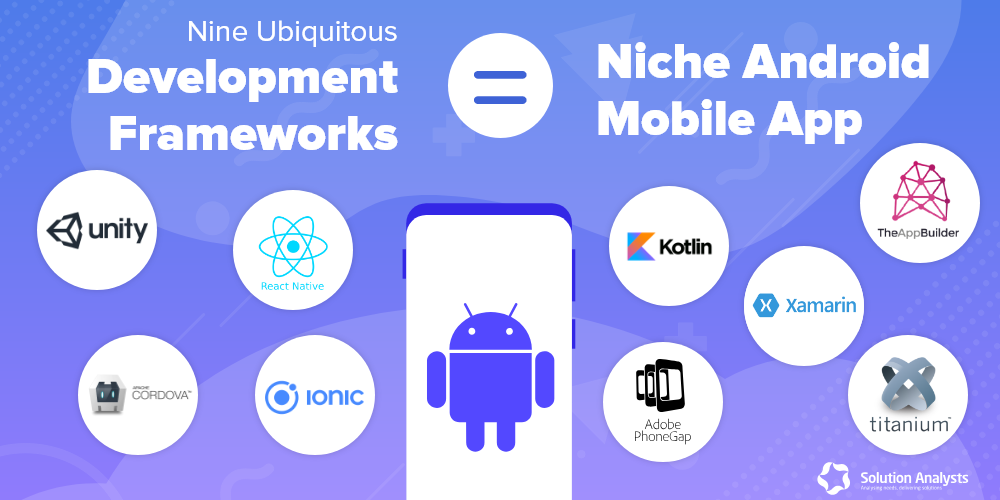 From the market share viewpoint, Android OS enjoys a dominant position. As a result, the Google Play Store is surging with apps across various genres. We witness exponential growth in the trend of developing Android apps thanks to the growing interest of business persons to integrate Android apps. In recent years, feature-rich Android apps have emerged as a powerful tool to connect with customers and stakeholders.

Let’s have a glimpse of Android app development process. It will give you a brief idea about the complexity of the process.

In the first instance, Android Studio needs to be downloaded for developing customized Android apps. Android Studio is an IDE (Integrated Development Environment) with necessary packages named as Android SDK. However, it is fair to mention that Android Studio is just a development environment or a platform that supports Android mobile app development. A feature-rich and flawless app requires the relevant code and sufficient knowledge of the programming languages like Java and Kotlin.

Then come the programming languages. Though Java is an official language for developing an Android app and more extensively supported by Google, Kotlin has also started gaining ground swiftly among the Android app developers. Android app developers with sufficient knowledge of other programming languages like C#, C++, or BASIC, they can use various SDKs (Software Development Kits) like Android Native Development Kit along with Android Studio.

Thankfully, evolving technology has made the app developer’s life a bit easy. Let’s go through nine popular frameworks to build seamlessly performing Android apps. And we will start with Kotlin, obviously.

1. Kotlin
Though Java is a highly popular language, its learning curve is steep. Kotlin was released as a second official language in the year 2016. It is simpler as compared to Java, but it has less community support. However, the community is steadily rising since inception as the language has swiftly gained popularity among the Android app developers.

Kotlin also uses Java VM (Virtual Machine) and it is the best framework for developing expressive Android apps. What’s more, the Kotlin codes can be easily run as Java code. It takes less time to learn and requires fewer efforts.

After Kotlin, let’s go through other popular frameworks that are useful for developing both Android and cross-platform apps.

2. Xamarin
C# language enthusiasts prefer Xamarin as it offers a complete and comprehensive set of C# -based code base. Xamarin is one of the most widespread app development frameworks used by over 1.5 million users across the world.

One of the major benefits of Xamarin is it can be used to build native apps for Android and iOS. Also, Android app developers can create native apps using .NET code by using Xamarin for Visual Studio. In a way, Xamarin is a highly flexible and customizable platform for building native and cross-platform apps.

3. React Native
This Facebook-supported framework has gained ground among the developers’ community in recent years. React Native is frequently compared with Xamarin as both these platforms can build customized hybrid apps. Instagram, Tesla, and Walmart apps are run on this platform. As React Native has the same basic building blocks like native apps, it is difficult to differentiate between the apps built using React Native and Java.

It is possible to optimize the React Native app by adding codes written in Java, Swift, or Objective C. More than 1.5K contributors who hav uploaded over 231 releases on Github. A growing community of developers is a huge plus for this framework.

4. Ionic
This robust framework is capable of building enterprise-grade applications. Elegant UI, better performance, and native experience are the major characteristics of Ionic apps. This open source, the cross-platform framework can help developers build native mobile apps. It is easy to build a mobile app for the Android platform and then transfer it to other platforms.

Poor documentation is one of the most common issues faced by newcomers and experienced developers alike. Ionic comes as a solution to this issue by enabling the developers to create documentation with a real-life scenario. The Ionic-based Android app can readily streamline the workflow and you can get the benefit of a reduced TTM (Time to Market).

6. PhoneGap
Do you know the team that has built Apache Cordova has also developed Adobe PhoneGap? This platform appears like an extension of Cordova as it has more tools and useful plugins. When it comes to building intuitive and interactive cross-platform enterprise mobile apps, PhoneGap can serve the purpose effectively. Ever growing developer community and ease of use are two main reasons behind the growing popularity of PhoneGap.

PhoneGap is also built with HTML, CSS, and JavaScript for offering the same user experience across various platforms with a single codebase. Apart from this, other benefits of PhoneGap are reduced TTM, easy customization, and cost-effectiveness.

7. Titanium
Titanium enables developers to develop clean and attractive native apps. Good thing is that the Titanium-based apps appear native in both look and functionality. Titanium SDK facilitates the developers to create apps for other platforms as well using a single code based on JavaScript. It is a leading mobile app development framework that powers over 70000 mobile apps.

8. Unity
If you hire Android app developers for developing a gaming app, you will certainly hear about the Unity platform. It is basically a game engine developed by Microsoft. When it comes to building 2D and 3D games, Unity is a preferred choice.

9. TheAppBuilder
When you want a visually appealing app, TheAppBuilder can lend a helping hand. It is an online app building framework that can build attractive apps by placing every element at the right place. A visually challenged developer can also build an app that offers a pleasant visual experience using this platform.

TheAppBuilder assists the developers to build an app that can readily sync with various devices. The framework has inbuilt analytics to enable app developers to retain and remove features on the basis of the user’s choice. It is possible to make an interactive app with the user-friendly features with TheAppBuilder.

As a leading Android app development company, we have delivered over 350 app solutions to our esteemed corporate clients globally. If you have a brilliant idea or want to give your business a mobility advantage, just send us an email at sales@solutionanalysts.com. Our expert professionals will contact you soon.