A Peek into the iOS Design Guidelines for Building Mobile Apps 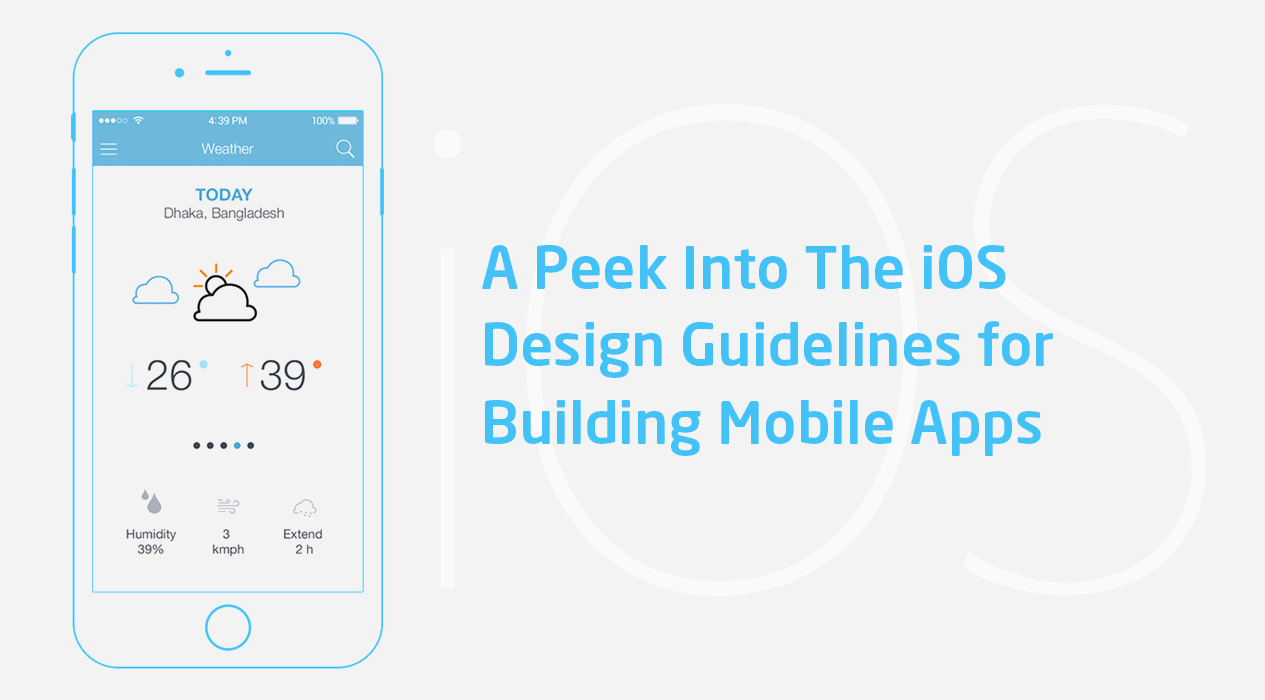 The challenge for developing an iOS application is the system update which brings in a host of new changes that have to be integrated with the application to get approved for the market. We list a few guidelines that follow HIG for iOS by Apple to use to build apps for the iPhone.

Based on the device, the resolution and display specifications vary for every Apple device.

For iOS devices, designing of a different display is done in points, which are basically entities with multiple pixels. Points are resolution-independent measurement unlike pixels, which are the smallest physical elements that can be controlled by the developers. For a retina display, a single point contains 2×2 pixels.

With the new iPhones and iOS7, app icons have the superellipse shape. However, there is no official template of the shape, hence; developers will have to use unofficial templates for the same. For versions older than iOS 7, effects such as rounded edges, drop shadows, and gloss effect are automatically added.

With Apple’s golden ratio grid system, size and elements can be aligned on the icon.

Prior to iOS 9 and Swift coding, all iOS devices used Helvetica Neue, thereafter San Francisco has become the default font. In this there are two shapes – SF UI Display and SF UI Text hile Display is used for UI components, Text is used for wider letter spacing and is primarily used for long texts.

There are custom fonts that can be used within the iOS app, though it is important to ensure you have all the required permits.

Icons are part of Navigation Bar, Tool Bar or Tab Bar. Bar button icons have two different states – default state with outlined style and a stroke of 1-1.5pt width and active state with solid color fill. Button icons must be drawn in one solid color with a transparent background.

With these simple guidelines, you will have ample head-start on iOS application development.