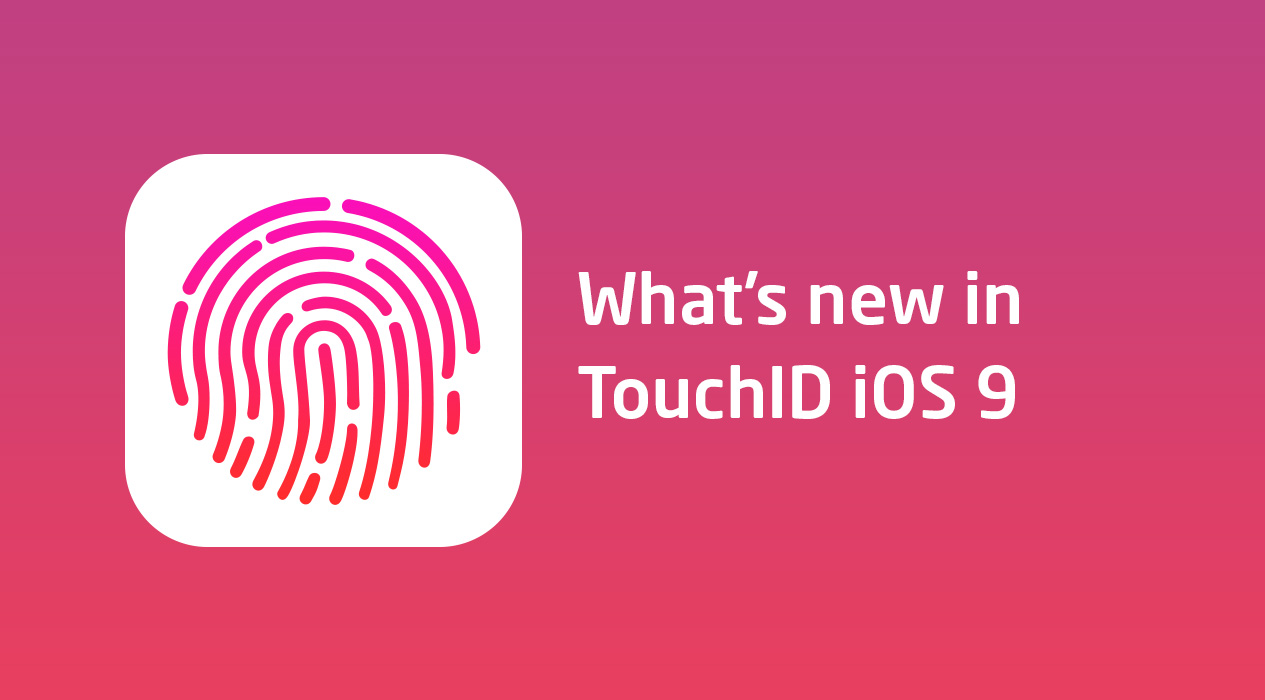 TouchID is the biometric authentication technology that Apple introduced in iOS 7 to unlock user devices and make purchases in the App Store. It is built on framework named LocalAuthentication.

In iOS 9, There are several new features introduced in LocalAuthentication framework which is listed below:-

Apple has introduced a new feature in iOS 9 through which we can reuse iPhone unlock authentication for applications. Just add LAContect property called “touchIDAuthenticationAllowableReuseDuration”.

Previous TouchID authentication cannot be reused and maximum supported intervals is 5 minutes. By setting value beyond 5 minutes, the accepted interval cannot be increased. “touchIDAuthenticationAllowableReuseDuration” property sets a time interval for accepting a successful TouchID unlock from the past.

Here, time interval is in seconds. If the device is successfully unlocked by TouchID with in time interval, then TouchID authentication on this context will succeed automatically and the reply block will be called user for TouchID.

Note: – These features are supported only when phone is unlocked using TouchID.

Support for cancelling a user prompt from Code

A representation of current set of enrolled fingers can be obtained and when any operation occurs relating to enrolment and deletion, different data can be obtained from previous data from fingerprint database.

Current fingerprint data can be accessed in TouchID Authentication by “evaluatedPolicyDomainState” property. In output, we get NSData as current enrolled finger data value.

By checking/comparing current finger data with previous data, you can do some action if any operation performs with finger database.

There are two types of LAPolicy available in LocalAuthentication Framework:-

If TouchID is not available or not enrolled, then policy evaluation will fail and if TouchID is locked out, Passcode is required to unlock the TouchID. Biometrics authentication will get locked after 5 unsuccessful attempts.

If you use DeviceOwnerAuthenticationWithBiometrics as LAPolicy and do not set fall-back mechanism, then in the app review process Apple will reject application for same reason.

If TouchID is available, enrolled and not locked out, user is first asked for it, otherwise user has to authenticate it using device passcode.

LocalAuthentication framework also supports variety of error types, where each one represents a fail reason and gives the developers options to take proper action in each case. The error types are implemented as an enum:

Here only those LAError details are available which are introduced in iOS 9:-

With these new features, iOS app developers can integrate TouchID feature in applications and seamlessly integrate it with the user device. It also gives the user more control and security with simple measures.