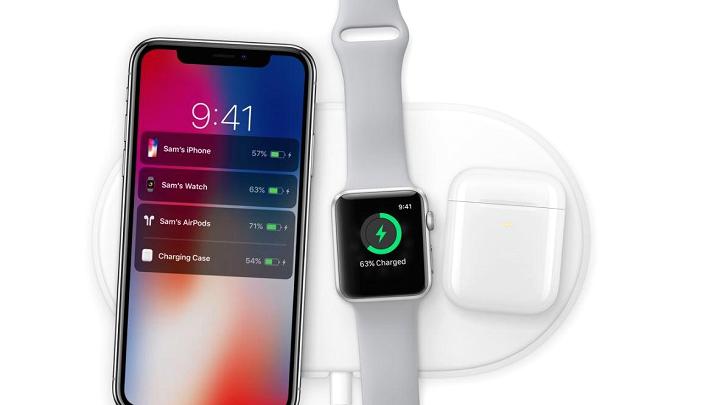 There’s something enigmatic about Apple that keeps the Mobility enthusiasts hooked to the launches and announcements. The uncontrollable anticipation, promised innovation and a whole new range of gadgets, users all over the world stayed glued to the Apple Launch Event 2017.

3 Smartphone, 3 lateral gadgets, an array of whopping apps were introduced leaving us all awestruck. While Iphone 8 and iphone 8 Plus are just expected upgrades to the iphone 7, the brand celebrated its 10th anniversary with iphone X (read as 10 and not ‘ex’).

Here are the top 10 show stealers from the event.

Everything unique about iphone X

Standing tall and embedded with a stunning 7 Megapixel camera, iphone X is unquestionably the most advanced phone ever launched. It is superlatively smart, sleekly designed and packed with never before experienced features with a dedicated focus for Deep Intelligence.

Here’s a quick look at the features iphone X is boasting all about.

Artificial Intelligence takes a step ahead with Face ID that lets your face work as the password to unlock the phone.  The more you stare at the phone; the feature captures the contours to authenticate your identity.

It is quicker than tapping a password and more secure than the previous Touch ID feature. What’s more exciting is the payment ability via Apple Pay.

Unlocking your phone with a glance will be terrific only if it doesn’t fall prey to bugs. However, Apple assured next to negligible chances of faking it and offers the feature prebuilt in iPhone X.

And yet another attempt to steer chat traffic from lateral apps to iMessage, Apple has introduced a layout of stunning ‘emojis’ with Animal filters. Known as the Animoji, the feature lets users use animal filters to chat on iMessage, making the platform way more interactive and arresting.

The feature can be used amidst iphone conversations only. This one too is available on iphone X only while the iphone 8 and iphone 8 Plus alternatives will continue with the standard iMessage application.

Although, the addition brings no real worth to the X over 8, it was still one of the most talked about features.

Samsung S7’s only attractive feature was its wireless charging that compelled Apple to include the same in their 8th edition. However, the charging pod lets the users power multiple devices at once. Known as the AirPower, It’s a slim mat accommodating 3 devices with instant charging capacities.

The product is due for launch early next year and will work for all Apple products launched this year. The pricing hasn’t been disclosed yet.

The much awaited iOS 11 update

Here’s something to cheer for the existing iphone users with no mood to upgrade their handsets. iOS 11 update is here and brings a rich portfolio of features. It comes preinstalled in the new iphone sets while the older ones iphone 5S onwards can upgrade to it.

Just tap upon the DND feature before you begin driving and the phone would automatically answer all incoming calls on your behalf with a custom message that you type. The feature is readily available across iphone X, iphone 8 and iphone 8 Plus.

Money transfer among iphone users can now be executed with a single tap upon the Touch ID. The Messaging app will instantly perform the requested operation based on the receiver’s details. However, as a move of caution, the feature will go live only in US followed by UK and other European countries. It may get widely available in next OS update.

To sync with the superlative camera hardware, the application offers more than just a tray of enhancement features. The photos will now occupy lesser space, can create long exposure pictures with the live effect, better video capturing and whole new range of filters. ‘Selfies’ will get closer to the quality of back camera and much more.

Not a massive upgrade, but this one will surely arrest you. Siri can now translate English phrases to other languages.  Although complete sentence translation isn’t available and neither can it communicate in foreign languages, this is still a promising start towards a superlative AI experience ahead.

Apple Watch has been the brand’s sleeper hit, gaining steady acceptance and with a matured Internet of Thing industry, this product is hugely anticipated to lead the game. This time, the Watch 3 is packed with a cellular connectivity that will work with your iphone.

Other significant additions include an up scaled processor and a Barometer / Altimeter duo for measuring an objects elevation.  It’ll come with an upgraded Watch OS 4.

Video streaming on TV is setting into next generation of stunning gadgets rolling in. Latest addition here is the much talked but never disclosed Apple TV. The brand’s love for interactive technology couldn’t hold them back from venturing into this.

While the streaming here to will be high resolution, the tremendous mix of colors and contrast will take your home viewing experience to next level. Not to miss the unbeatable 4K HDR video! Watch out for more!

Apple is known for keeping unannounced features so that the user can explore them in real time. Expect some more surprises once you begin using the devices. They’ll be available on market shelves in a month or less, although you can begin booking them in advance.