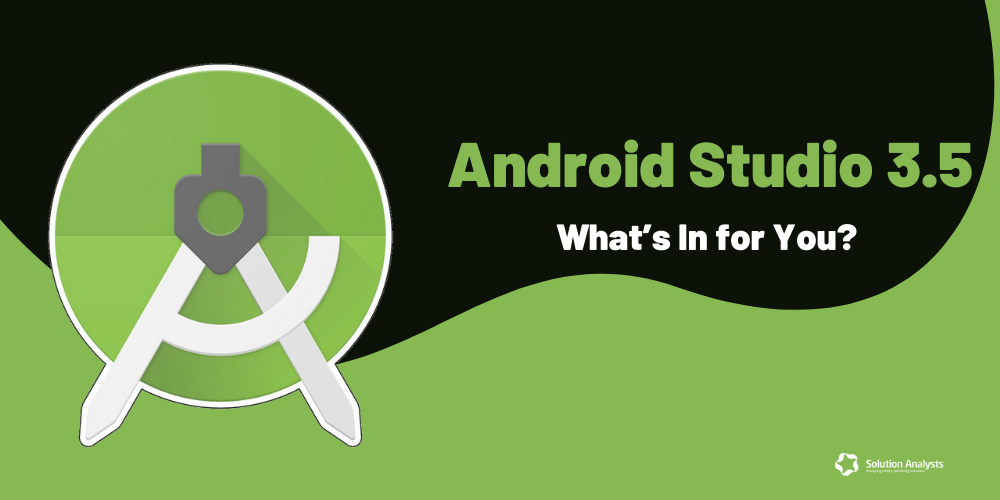 When you hire Android app developers for creating an innovative and feature-rich mobile app, they use a tool known as Android Studio. However, the tool had some performance issues in the former versions and the parent company Google had started ‘Project Marble’ back in November 2018 to resolve them.

In the extensive research of around eight months, Google found and fixed around 600 bugs, 20 glitches, and more than 50 leakages in Android Studio.

Here is an awesome Android Studio 3.5 version with new infrastructure, improvements, and features. It can easily detect performance issues and the android app development company can come up with a reliable and flawless app for the companies.

Here we have included everything ranging from new features to improvements of Android Studio 3.5 version from the developer’s perspective.

New and Improved Android Studio 3.5- What’s in it for Android app developers?

Apart from a more responsive way of writing code in XML files as compared to the previous versions, the latest Android Studio version has many things to offer. Google has addressed the developer’s requirements to focus more on the quality and stability of features while bringing the Android Studio 3.5.

Let’s start with a major update. Google has brought a feature to recommend automatic memory settings for the project. It enables the Android app developers to predict whether the project needs more RAM or not while working on Android Studio.

It will work like this- If the machine has a higher RAM, the Android Studio will automatically increase the memory heap size and notifies the developer for the same.

Longer Android app development duration has remained a big issue even when you hire dedicated android app developers. In the absence of an advanced, high-end system, the project compilation takes over 3 minutes in Android Studio.

It means that even if the developers want to make a small change in the code, they have to wait for three minutes in every instance. Thankfully, Google has introduced Build Speed advancements to neutralize this issue.

This is one of the most noteworthy features of Android Studio 3.5. It is Google’s reply to the problems of the earlier ‘Instant Run’ framework. ‘Apply Changes’ feature aims at making the app developer’s life easier by facilitating them to make minor changes instantly in the app and test them. Needless to say, this modern feature will replace the ‘Instant Run’ framework.

Earlier versions of Android Studio were frozen out suddenly for a second to a minute. You may have also experienced that the Android Studio just crashed during the development and compelled you to close it. This was particularly true when you wrote the code in XML files.

The Android Studio 3.5 has removed this issue by optimizing the coding experience in XML files. This latest version has an updated typing latency to pacify the editing process of the data-binding expressions.

You can experience improved performance and fewer incidences of a crash.

Google initially presented a preview of Android Studio for Chrome OS during the recent Google I/O 2019 Developer event. Android Studio 3.5 is fully compatible with Chromebooks and you can utilize Chrome OS as one of the major platforms for Android mobile app development.

As compared to other OS, Windows takes higher access time for Disk I/O. Engineers at Google have found out that Android Studio’s default scanner configuration did not exclude folders created for the build output.

In the Android Studio 3.5, Google has integrated an optimal setup to improve the access time for Disk I/O for the developers who work on Windows.

Google has maintained its tradition of bringing new updates and improvements in the existing development tools by introducing the latest version of Android Studio 3.5. Android app developers can make the most of the advanced features of this version to come up with interactive and feature-rich apps.