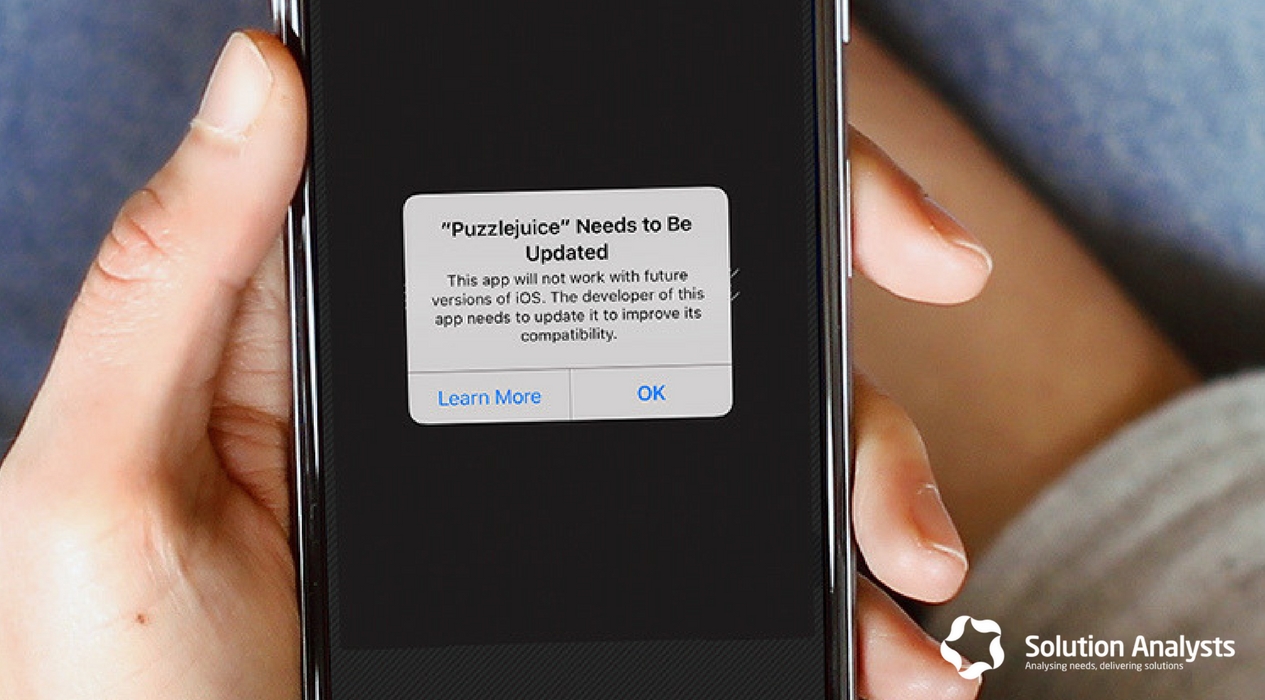 Apple’s announcement at the developers’ conference, of its latest upgrade, iOS 11, has been greeted with so much enthusiasm among mobile faithful and app developers.

With this new upgrade however Apple has caused a few bemoans especially from app owners whose apps run on 32-bit as they finally decided to totally cut down support for 32-bit apps and based on this, app owners are required to upgrade to 64-bit or lose out.

While this might seem a bit harsh, it is really for the better as 64-bit apps would allow users much better experience than 32-bit.

What’s more is that app owners are now also allowed to release their apps in batches to users and with this, they can better monitor changes and easily fix bugs without causing any fuss.

Attempting to open a 32-bit app on iOS 11 would not launch but only show an error message: The developer of this App needs to update it to work with iOS.

Aside from the fact that you don’t really have a choice but to upgrade to 64-bit if your app must run on iOS 11, there are several benefits of converting your iOS app from 32-bit to 64-bit.

Both 64-bit and 32-bit apps have their fair share of pros and cons, 64-bit apps arguably have an edge.

Though 64 bit apps utilize a bit more RAM than the 32 bit apps, the new Apple devices are more than capable of catering for a few extra RAM to power the 64 bit apps that run on them.

64-bit iOS apps are capable of doing more work with more local variables without having to store them in the main memory. This beats the limitation in the 32-bit processor that allows for a maximum main memory of just 4GB.

With these, it is only smart to switch to 64-bit as it allows for developers to provide more powerful apps for their users.

With the new revamped app store, apple has made it a walk in the part to discovering new apps by introducing defined tabs for different categories.

This new environment would enable committed app owners to stay ahead of their competitors by updating their apps regularly as such apps would be given more preference in the store. Switching to 64-bit will improve your app’s user experience which will more than likely catapult your app to rank higher on the App Store

One concern that might strike app owners is the issue of transition to 64-bit.

For app owners under apple, you can simply update to iOS 7 and above and shift to 64-bit. It’s as easy as that as the website would also give pointers on code issues should any come up.

If you own an App and haven’t yet shifted to iOS 11, now is the time to do so. Not only that your App will be unpublished from the store once iOS 11 launches, upgrading to 64-bit will get more business out of their apps and better your revenue, why the wait?