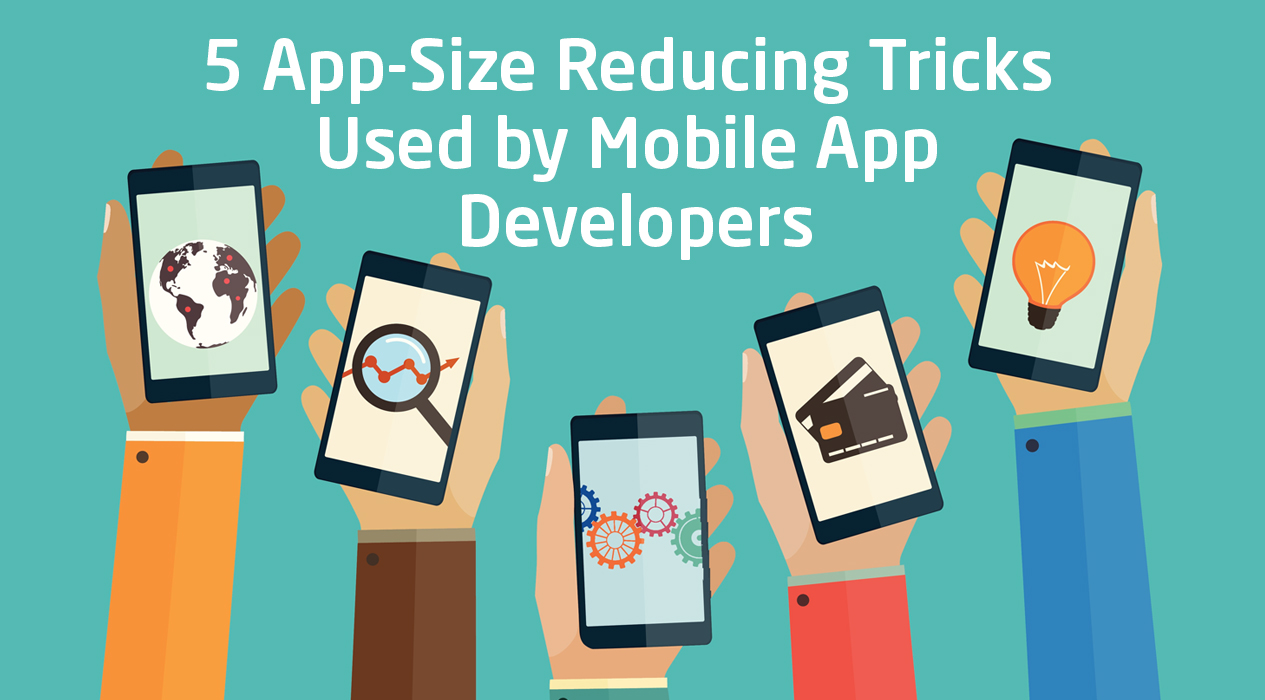 App size cannot be too big as the smartphone device memory space is limited. The limitation of bandwidth and storage is taken into account by mobile app development companies to make room for elements such as data storage and graphic elements in the app.

The Resource Shrinking tool for Android platform removes all unused elements at the build time. It works in tandem with ProGuard, which is a code shrinking tool. The tool only removes non-value resources such as layouts, menus and drawables and does not touch value-defined resources such as strings, colours or dimensions.

Use App Thinning for iOS

App Thinning process has been adopted by Apple to work in the same lines as Resource Shrinking. When the app is uploaded to the store, iTunes Connect will make multiple versions of the app, each for every type of device and all versions are stored in the App Store.

So, based on the device capacity, the version that is best suitable will be downloaded. It also facilitates on-demand resources that will be available as per user needs.

Isostreams tend to increase architecture size and must be used carefully by using tools such as Android’s log print method. Using native codes and native libraries helps to a great extent in limiting the number of architectures used.

A static code analyser cleans the code and detects non-portable program files, automatic variables declared and not used, logical expressions with constant values, unreachable statement, functions whose values are not used, loops not entered at the top, or bugs among other things that can be removed safely.

There are many programmes that can be used that will detect unused resources and generate an HTML report. Java has programmes such as SonarQube and JArchitect which are open source platforms for continuous code quality inspection. For C/C++ based platform, developers use open source compilers that include a static analyser.

A popular mobile app development solution used to reduce app size is reusing codes. While Android provides standard codes that can be reused for functions such as recoloring assets, one can also use “Rotate Drawable” to get desired functionality. There are many similar techniques that can be used to reduce file size and avoid resource duplication and dependency.

Mobile App Development Services rely on a host of software and programmes to reduce app size that also reduce development cost while speeding the development process.