Top iOS App Development Tips that Will Shape the Future 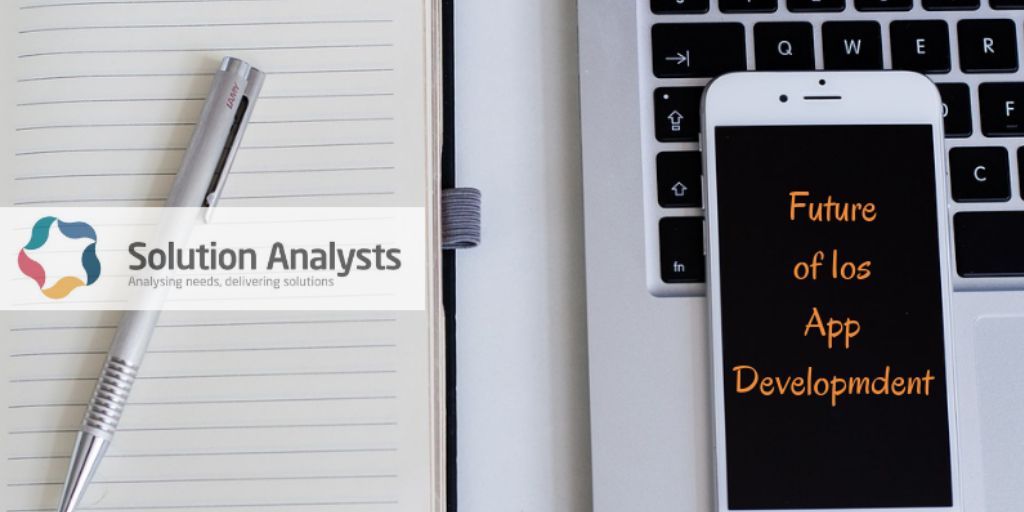 When we’re writing this blog, less than two weeks are left to Apple’s big September event. The Cupertino Company is all set to launch much awaited iPhone 11 or iPhone XS along with announcing the release date of iOS 12. This event can lead the iOS app development services to the new avenue by bringing innovative trends in the process.

Cisco has predicted that we would have over 50 billion connected devices by 2020. Interestingly, this is almost six times the world’s population. Naturally, entrepreneurs tend to jump on the IoT bandwagon to leverage its benefits. With feature-rich iOS devices, it is easy to communicate with the internet-enabled devices through customized apps.

As an iOS app developer, it is necessary to get prepared to build apps that can enhance the value of the client’s business with the integration of IoT and other concepts. The focus should remain on the secured data transfer over Wifi and recognition of signals from various sensors and connected devices.

We live in the Post-Pokémon Go era. Today, the scope of AR (Augmented Reality) has expanded beyond the gaming sector. GPS-enabled AR apps can offer a pleasant user experience. Retail and manufacturing sectors are the key beneficiaries of this technology. The upcoming iOS 12 will have more advanced ARKit 2 to enhance the performance of AR-based apps.

When the enterprises hire iOS app developers to build feature-rich and futuristic iOS apps based on AR, the developers need to meet requirements like training, product demo, and the like. The ARKit 2 can help them in serving this purpose. Customized AR app development for enterprises is going to be a huge trend for an iOS application development company.

Though Android has a lion’s share in the mobile market, enterprises prefer iOS apps to implement BYOD and enterprise mobility concept. The reasons are real-time customer engagement and dynamic data management. Also, the iOS platform just works well to manage CRM and advanced data analytics. The iOS 12 version brings many business-friendly features like Group Notifications, Group FaceTime, and Shortcuts app. It opens the doors to new opportunities for the iPhone app development company.

As an iOS app developer, it is necessary for you to get ready to integrate big data, IoT, and enterprise mobility to create futuristic iOS apps.

In the midst of growing incidences of the mobile data breach, even 2-factor user authentication also does not remain much useful. Even the most common iOS apps use it. Apple has given the utmost importance to the data security since the launch of the first iPhone. This tradition has remained undeterred to date as the company launched the innovative data encryption methodologies in the year 2017.

With the advent of iOS 12, we can certainly expect that the security-related issues will be addressed more efficiently. Also, new iPhones bring new built-in security features, and the iOS app development company needs to make an enterprise-grade compatible with these features.

Today, Apple’s devices are not restricted for the US and the UK. Asian countries like China and India are also emerging as big customers for iPhones, iPads, and Apple Watch. The iOS devices have also got a good penetration in other Android-dominated countries. With the introduction of the new iPhone XS, Apple eyes on grabbing the attention of people worldwide.

It is possible that the clients from the European countries can order you to make apps to target the audience consists of people from these countries. In other words, the iOS app development process has expanded on the global basis, and as a developer, you need to prepare to serve the global clients with custom iOS app solutions.

Core Machine Learning (Core ML) is a buzzword in the iOS app development domain. Apple has launched this machine learning framework for effectively performing the tasks related to Camera, QuickType or Siri. When it comes to bringing an automation, the enterprises want to utilize the revolutionary machine learning, and iOS app developers can make it possible with the help of tailored and interactive business iOS apps.

Swift is also getting more advanced with time. The latest version Swift 4 has made both encoding and decoding easy and swift. Its ‘Playgrounds’ feature allows developers to test a new algorithm without making an app. Now, the ball is in the developer’s court. They need to come forward with an innovative app using Swift and CoreML for the next-gen business.

Apple Pay and HomeKit have brought drastic changes in the iOS app development process. Now, the HomeKit combines with Siri to become more powerful and Apple Pay also comes up with a few advanced features. Indeed, the apps that require the integration of Apple Pay as a payment gateway will become more robust. Also, with the built-in Siri, the iPhone app developers will make apps that enable the users to control their home devices in a smarter and more effective way.

However, it is yet to see that how the new iOS 12 will make the mobile transaction more secure and convenient by using the Apple Pay.

The new iOS 12 has a more powerful Siri and features like Instant Tuning, Measure App, etc. You can know more about the iOS application development trends for the year 2018 and beyond by clicking here.

The iPad app development company can also utilize the features like Voice Memos app and Siri improvements to develop innovative iPad apps for the enterprises. It is fairly possible that the coming years will remain positive for iPad app development as the demand for iPads is steadily rising in the year 2018.

The futuristic technologies like AR, VR, and IoT are ready to help the custom iPhone app development process build an advanced and user-friendly app. Also, the latest iOS 12 version is going to change the face of iPad app development and Apple Watch app development with new and powerful features. Hope these tips will assist the iOS app developers to go with the flow.

Time is now to come up with groundbreaking apps with a seamless performance across iPhones and iPads while addressing the needs of the corporate clients.

As a prominent mobile application development company, we offer end-to-end app solutions to the global clientele in both iOS and Android platforms. We build customized apps for iPhones, iPads, and Android devices. Just contact us with your business requirements. Our team of professionals will look after you app project and accomplish it with ease.