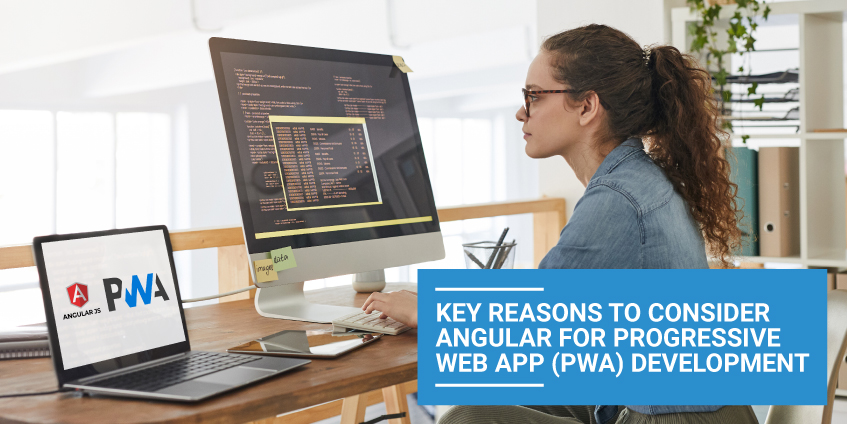 Since 2015, PWAs (Progressive Web Applications) have remained as one of the major trends in the web development domains. Their popularity rises steadily as a way to develop business apps with desired features and seamless performance.

Out of these available technologies, Angular has become a preferred choice for web app development service providers. Developers consider it a ‘default’ front-end tool for building robust web and web app solutions.

The Angular framework offers versatility and is capable to combine business logic with UI elements. Developed and maintained by Google, Angular has set standards for developing customized PWAs for modern businesses.

In this post, we are going to discuss the importance of the Angular framework in the web app development domain. We will dig deep into the reasons why Angular is a preferred choice for developing PWAs. Let’s start.

Be it building large enterprise-level apps or single-page applications, Angular is a highly efficient platform for creating seamless applications. Along with the latest version Angular 12, all modern Angular versions have reshaped AngularJS with more flexibility and clean code.

Talking about the country-wise penetration, the USA leads the usage chart of Angular websites. The reason is- has many big enterprises and startups that prefer Angular for their web presence.

Every Angular element is fully compatible with other major frameworks. Web app development services can meet the business needs of clients more effectively using the Angular platform as it saves the developer time and hassle in dealing with repetitive tasks.

Here are the other important reasons that make Angular the right choice for progressive web app development.

These days, thanks to advancing technology, several frameworks are available for web app development companies. However, some factors assist the Angular framework to stand out. Let’s go through these factors.

As a JavaScript-enabled framework, Angular facilitates enterprise web app development. All JavaScript components can enhance the robustness and responsiveness of web apps.

Angular development enables developers to use POJO (Plain Old Java Object), which results in simplifying the manipulation of various objects with the help of JavaScript functionalities.

A few years back, Angular had a steep learning curve, and therefore, a few developers preferred it. In other words, very few web app development providers provided Angular development services to enterprises.

But, with the advent of the CLI (Command Line Interface), developers can easily build progressive web apps. Every advancing version of the Angular framework further simplifies the web app development process.

This is a unique and useful feature of Angular that eliminates the dependency of objects on one another during web app development.

At times, one module requires assistance from another module during the process. Here it is important to remain active in a standalone environment. In other words, no objects are remained as a dependent object.

Instead, they are designed to act independently. As a result, the code become more maintainable and readable.

Also Read : AngularJS vs. Node.Js- All You Need to Know about Top Frameworks

Instead of an MVC (Modle View Controller) architecture, Angular facilitates developers to use a component-based architecture.

We can split Angular application into independent functional components. It is easy to decouple and reintegrate Angular component. Developers can use it in other portions of PWAs also.

This is one of the biggest benefits of Angular development. Many developers just prefer Angular because it has got Google’s backing. Every year, Angular developers at Google brings a newer and revised version of this framework to make it more credible.

Another relative benefit is a thriving community of Angular developers. When you hire AngularJS developers, they can resolve any  issues quickly with the active support of Angular community.

Angular framework enables developers to discover all necessary information as it has comprehensive documentation.

As a result, the cost of app development remains low, and businesses can get customized PWAs with a seamless performance.

Even while maintaining Angular-based apps, it is easy for developers to come up with the necessary technical clarification quickly. It can save their time and reduce the maintenance cost of PWAs.

This framework has Material Design-based elements. It enables Angular developers to integrate UI components in the app easily.

Angular material and Angular elements are useful for developing progressive web apps with all necessary features.

Angular has released the latest TypeScript-based web framework, Angular 12 in May 2021. This version is aimed at realizing its vision of ‘Ivy Everywhere’. Ivy is an AOT compilation platform for next-generation compilation and rendering.

The Angular 12 can also fix bugs quickly. The web app development company can use this swifter, lighter, and smarter framework in developing feature-rich apps.

It is fair to mention that when it comes to developing a PWA, Angular should be your choice for all the reasons mentioned above.

We are a renowned web app development services provider in the USA and India. We can build customized progressive web apps using advancements of HTML, JavaScript, and CSS for the global corporate clientele.

Our experienced Angular developers assist you to meet challenges while simplifying the complexities of your business processes. Even startups and SMEs can leverage the benefits of our user-friendly solutions in a cost-effective way. 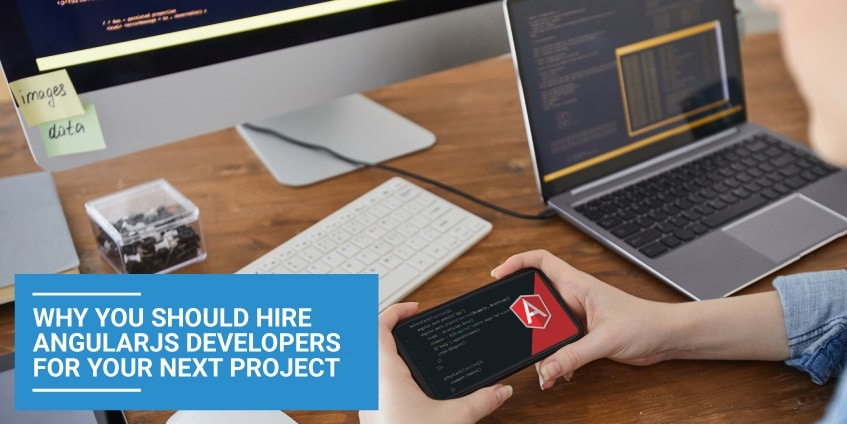 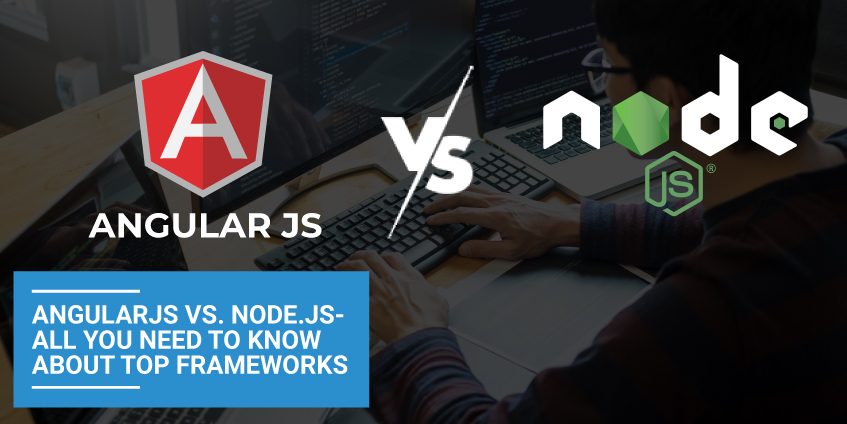 AngularJS vs. Node.Js- All You Need to Know about Top F...